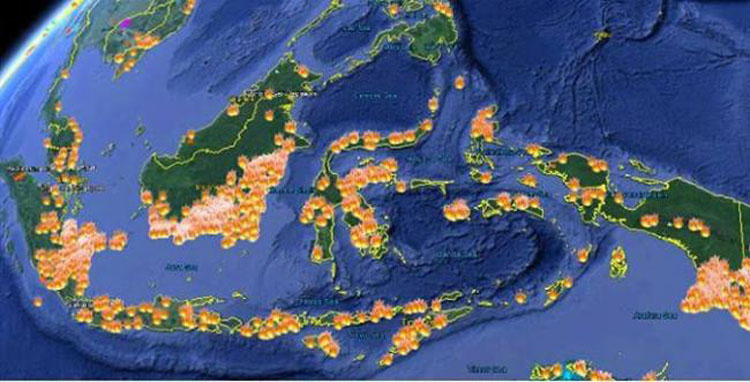 The fire points were scattered in the districts of Kimaam, Tabonji, Waan, Naukenjerai and Okaba.

“Yes, if it is extinguished, it will automatically be gone. However, if the team did not move to extinguish, the fire would definitely spread to another place,” he said on Tuesday (27/10/2015).

However, he added, the number of fires continues to decline because of the military and the police.
“We can not predict when the fires in many places will be completely extinguished as it is a problem topography of the area and the equipment used manually, so it takes time, too,” he added.

Separately spokesperson of Merauke police, Inspector Richard Nainggolan, said local police had formed a Task Force with 30 personnel to extinguish fires.
“Yesterday, members of the Police with Sota police and the local community worked together to extinguish fires in the Sota and surrounding areas,” he said. (Frans L Kobun)