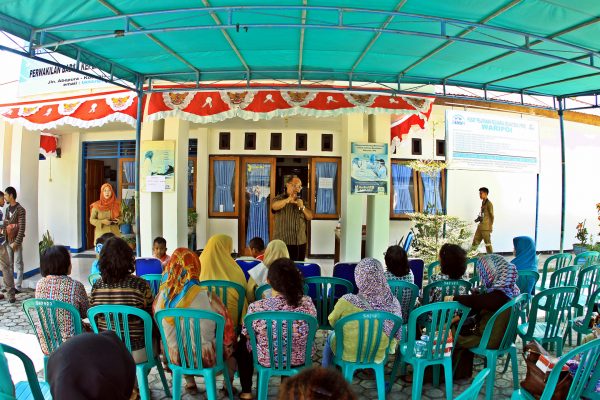 Jayapura, Jubi – The Familiy Planning Coordinating Agency in Papua Region has launched a campaign on the importance for housewives to have cervical cancer checks.

The campaign has been conducted in several regencies targeting about 250 housewives.

Up to now, BKKBN has treated 400 housewives, said the Head of BKKBN Papua Region Charles Brabar to reporter on Wednesday (31/8/2016) during the socialization and IVA/IUD integrated Pap smear service at the yard of BKKN Papua Region Office.

“This is the fifth time we conduct the activity. It was conducted in Keerom, Biak Numfor, Merauke, Jayapura and Jayapura Municipality. Our initial target was 250 women, but we managed to examine 400 women, which is exceeding our set-up target,” he said.

More and more women, at least the housewives, knew about the risk of cervical cancer, then they must aware to maintain the hygiene of their reproductive organ.

“Many deaths caused by HIV/AIDS were occurred among the housewives. So through this socialization, we expected the housewives could spare their time to do the medical check-up or early detection of cervical cancer,” he said.

“Many people are already aware about the importance of the cervical cancer prevention. The cancer must be taken from the cervix. Do not feel embarrassed to check the health of uterus,” said Charles Brabar.

A participant Mrs. Siti said she was very helpful with this socialization in which delivered the specialist, because through the socialization she could learn more about the cervical cancer.

“This is very positive action, I am glad. I asked a lot of questions related to my symptoms. Actually I have consulted this to the doctor, but at least through the socialization I could understand more,” she said.

Though the socialization, she currently knew that the virus of cervical cancer was not entirely from the women, but also could be part of the men. “I don’t know with other people’s marriage. But with the material I got from the socialization, I can discuss it with my husband at home,” she said. (*/rom)

Local Context, An Effort to Protect the Local Language in Papua