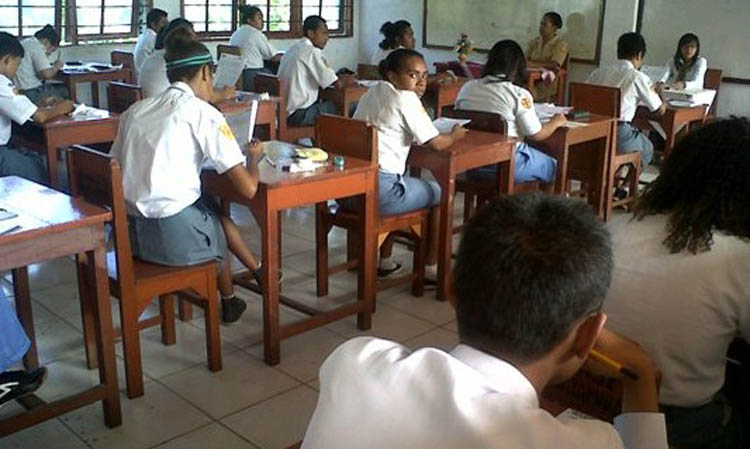 Jayapura, Jubi – The head of School and Vocational Education Office of Jayapura, Nurhadi, said that four of tenth grade students of senior high school in Jayapura city could not read properly.

“Based on information given by Papua Legislative Council, there are ten, but I found four of them who cannot read properly at the schools, the three of them are students of SMAN 3 which is one of the best school in Papua and one is a student of SMA 6 Skouw Muaratami,” said Nurhadi to Jubi on last week.

Meanwhile, the other student graduated from junior high school located at border.
“We will also give attention particularly by preparing learning strategy at the border area welll,” he added.

For other schools, Nurhadi acknowledged, he has not received the report, yet he will continue to check it
“I have done some investigation for schools that accepted students from outside the region such as SMA Taruna Bhakti and but no reports from the principal,” he said.

Earlier, secretary of commission V of Papua Legislative Council on Education and Health, Nason Uti felt sad with the information.
“If the information is correct, we regret it happened. Moreover, if there is a student graduated from junior high school in this city, “said Nason on Tuesday (09/29/2015).

According to him, the regions such as Jayapura city, Jayapura regency, Nabire, Mimika, Jayawijaya, and Merauke become a barometer of education in preparing the Human Resources (HR) in Papua.

“Teachers should not be messing around. They should be able to create quality human resources. This country needs a leader who has the capacity that can compete at international level. If there are high school students can not read, then finding the cause,” he said. (Sindung Sukoco/ Tina)

542 women in Merauke have cervical cancer

Education is a mess in Papua’s highlands, but fault doesn’t lie with the Papuans alone

Dealing with malnutrition and measles in Asmat