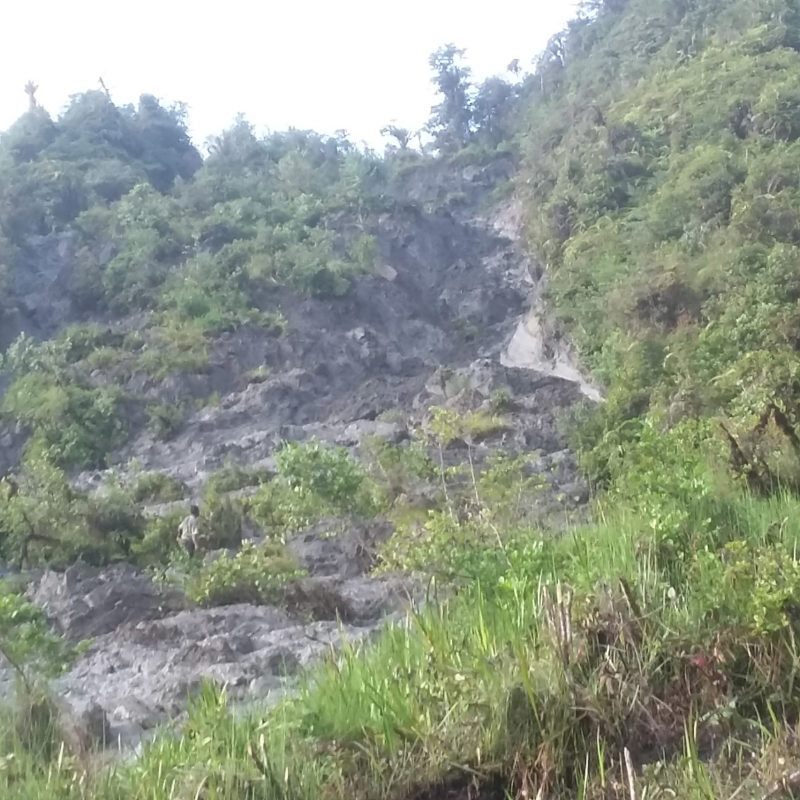 Yahukimo, Jubi – Landslide disaster has struck the residents settlements and farms of in Buahun village Kabianggama District, Yahukimo Regency end of last year (December 30), at about three o’clock in the afternoon.

According to Enius Yual, a person in charge in handling landslide disaster in village Buahun, Kabianggama district, it occurred because Bibil Mountain was split in the middle that caused a shift of lands and landslides. As a result, dozens of houses and farms owned by residents were damaged and dozens of livestock died.

“This disaster is a fact, not we need help from the government,” he added.

Chief of Kabianggema District, Agus Silip, who also witnesses said the disaster had happened almost two weeks ago, but the information were late to be delivered due to transportation which is only by plane. He just arrived in Deka, the regency capital, to bring evidence of disaster.

“Our house, farms, and pig are buried. Our house was ruined. Our essentials and kitchen appliances were covered by landslides. We started to get sick. We desperately need help from all parties. We’ve got nothing else,” said Silip.

He told Jubi that the disaster came in a suddenly. There was no earthquake, rain, or any other signs. Residents were in a state of shock and panic trying to save themselves.

“The news about the tragedy is delayed because of it happened in the hinterland. The means of communication are limited. Just today I met reporters,” he said.(tabloidjubi.com)