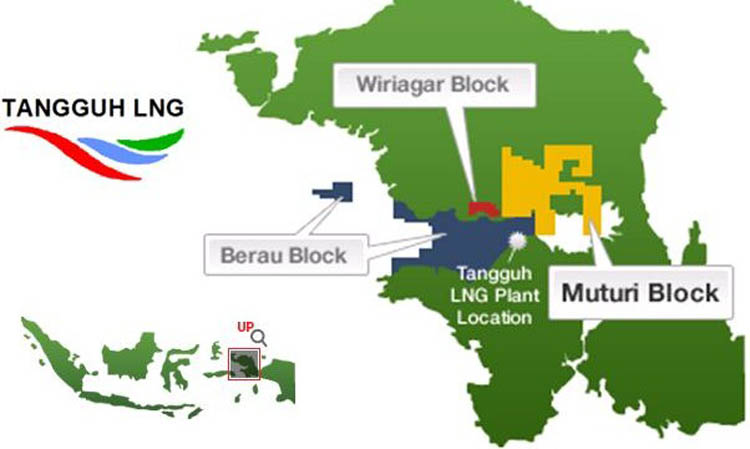 Denpasar, Jubi – The Tangguh LNG expansion project worth 12 billion dollars which is operated by British Petroleum (BP) in the Tangguh liquefied natural gas block in West Papua would go ahead after the Indonesian Minister of Environment approved the assessment of environmental impact analysis.

The approval paves the way to accelerate the production.

The environmental impact analysis (Amdal) of LNG Tangguh becomes an important condition to improve the capacity of annual production of LNG Tangguh from 7.6 million tons to 11.4 million metric tons. BP Regional President for Asia Pacific, Christina Verchere made a statement on Saturday (12/9/2015) that the Minister of Environment had approved the Amdal for the Tangguh Integrated Expansion Project on 24 July 2015 and its environmental permit was approved.
“This is an important milestone for Tangguh Expansion Project, and I want to give the highly appreciation to the Minister of Environment, West Papua Provincial Government, local governments of Teluk Bintuni and Fakfak for their efforts and cooperation for this achievement. We hope to get another permits from the government to materialize the project that projected to give significant benefit for Indonesia,” Verchere said on Saturday (12/9/2015).

LNG Tangguh, where is located in Teluk Bintuni, West Papua Province, is the third largest LNG supplier in Indonesia. It is also the first LNG Company in Indonesia to fully perform the combined upstream and downstream production in domestic. The operation of LNG Tangguh is currently consisting of two identic LNG trains (Train 1 and Train 2) with the capacity of annual production to 7.6 tons. The Tangguh Expansion Project will build a third LNG processing operation (Train 3) that will bring the total capacity of production to 11.4 tons.

“Tangguh Expansion Project will help to fulfill the energy demand in Indonesia. As part of the project expansion, BP and its partner would provide 40 % of LNG output from Train 3, that would have the capacity of annual production of 1.5 million tons to supply the State Electricity Company in Indonesia,” she explained. She also added the planning, design and procurement regarding to the project expansion are still waiting for further approval from state institution and ministry, including SKKMigas (Special Task Force for Upstream Oil and Gas Business Activities Republic of Indonesia).

BP has more than 45 years of experience in Indonesia and one of the largest foreign investors in the country. Its activity was dominated by the exploration and business production, notably the Tangguh LNG which began operating in 2009. (Victor Mambor/rom)