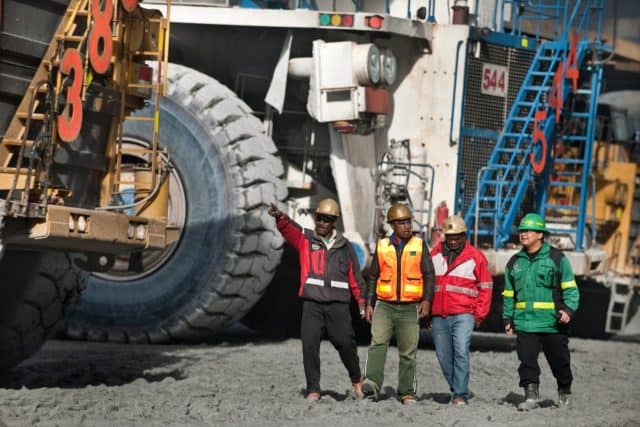 Jayapura, Jubi- Legal Aid Institute (LBH) Papua represents the Branch Manager of the Federation of Indonesian Chemical and Mining Trade Union (PC FSP KEP SPSI) of Mimika Regency to file a case against the Papua Provincial Manpower and PT Freeport Indonesia to the Jayapura Administrative District Court. This lawsuit is a follow-up action following the labour strike of 8,300 PT Freeport Indonesia’s workers from 1 May 2017 to 2020.

“Law No.13 of 2003 on employment pledges the labour strike,” said the Director of LBH Papua Emanuel Gobay in the official release received by Jubi on Monday (6/7/2020).

Therefore, according to LBH Papua, the labour strike initiated by 8,2300 Freeport’s workers was legal by law. Consequently, PT Freeport Indonesia should immediately restore the workers’ rights to work and pay their outstanding wages following the recommendation of the First Examination Note.

Moreover, LBH Papua stated the Papua Provincial Manpower Office also acknowledged the strike by issuing the letter No. 560/1271 which then becomes a reference for the Papua Governor to publish the letter No 540/14807/SET, Re: Confirmation of PT Freeport Indonesia Labour Strike dated 19 December 2018.

The letter confirmed the labour strike was under Law No 13 of 2003 Articles 139 and 140 about employment. Hence, it made the action legal by law.

“Therefore Papua Governor firmly stated that PT Freeport Indonesia, Private Contractors and Sub-contractors to re-employ the workers and pay their outstanding wages by the existing laws and regulations,” said Gobay.

However, from 16 December 2019 to another next thirty days, PT Freeport Indonesia has violated the two recommendations covered in the First Examination Note. To refer to Article 31 of the Regulation of the Indonesian Minister of Manpower No. 33 of 2016 concerning the Procedure of Labour Inspection, the Labour Inspection Division should issue the Second Examination Note after the thirty days of misconduct.

Therefore, this lawsuit reflects the interest of their client, PC FSP KEP SPSI) Mimika Regency, to urge PT Freeport Indonesia to implement the recommendation and the Labour Inspection Division to issue the Second Examination Note.

“We also ask the Chairman of Regional Parliament to review both the Manpower Office and PT Freeport Indonesia in regards to their obligation to fulfil the rights of 8,300 workers who were involved in the strike,” confirmed Gobay.

Also, Gobay asks the President of the Republic of Indonesia as well as the Minister of Manpower to protect and fulfil the rights of these workers. (*)